Google I/O is kind of a big deal. It’s Google’s big developer conference where people come in from all over the world to learn about what’s new at Google. For the past few years, I have watched parts of the conference live streamed on YouTube, but I never really saw myself going to something that felt so exclusive. Tickets are distributed through a lottery, and it’s almost impossible to get one. I was pretty content to watch the big talks from the comfort of my couch.

Except Google has made a big effort to bring more women to the conference. In two years, they have raised female attendance from 8 percent all the way up to 23 percent. Through a programming contest that was part of these efforts, I won a ticket to this year’s conference. My coworkers all told me this was a big deal, but I really didn’t get hit by the excitement until I walked into the conference keynote room. Watching the opening to the keynote with Google Senior Vice-President of Products, Sundar Pichai, still gives me tingles of excitement.

I could go on for a long time about all the little details that made I/O an amazing, almost overwhelming experience. But, instead, I am going to focus on some of my big takeaways from the conference. 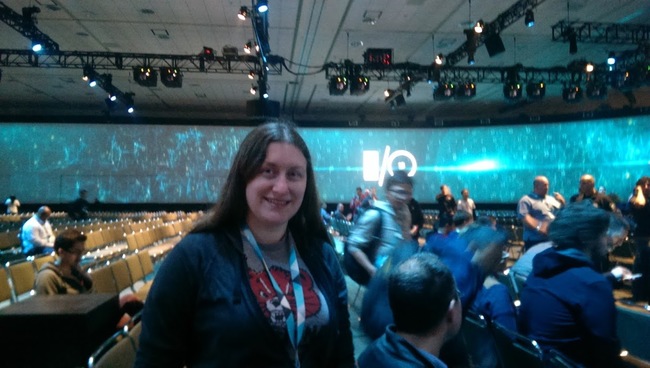 1. There are a lot of amazing women in technology

Google’s effort to bring more women to the conference went beyond giving away tickets. Women Techmakers, a Google group dedicated to empowering women in technology, made us feel right at home. They created an online community for all the women attending, so it was like we got to know each other before landing in San Francisco. Once on the ground, there were special events for women to meet and get to know each other better, including an amazing three-course dinner. I’m a very shy person, but it was easy to meet new people. By the end of the conference, I was walking up to new friends and talking about our experiences.

Meeting other women attendees gave me a new perspective on what it means to be a woman in technology. I have been amazingly fortunate not to have suffered from much discrimination, but hearing other female coders talk about their challenges and successes made me excited to get more involved in my local community. In Cincinnati, we have a really active Girl Develop It chapter to help women learn coding basics, but it would be amazing to have a social group for women already working in the industry. It was great to talk to women who have been in the trenches for a while and receive their mentorship, even if it was only for a few hours. 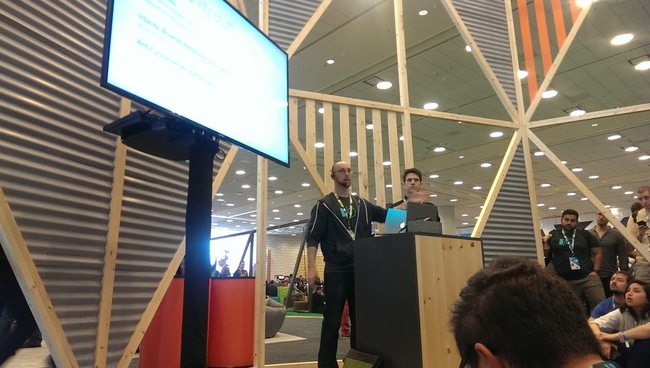 2. There is so much more to learn about

The variety of talks that were given during Google I/O barely scratched the surface of what is available to developers today. I tried to attend just the 30 minute talks that were not recorded, and it was almost impossible to fit in everything I wanted to see. Sometimes it made me feel like I was in a panic to get from place to place, and by the end of each day, I was exhausted. Since the talks were so short, we didn’t go too deep into any one topic. Instead, I was able to gain exposure to a ton of new libraries, services, and ideas.

Even now I haven’t made it through all of the material that was available at I/O (mostly thanks to the bonus flu I caught on the way home), but I’m excited to see what we can do with things like Polymer, Kubernetes, Maps and more. If you are interested in finding out more about what was presented, you can check out the code labs here and the YouTube videos here. 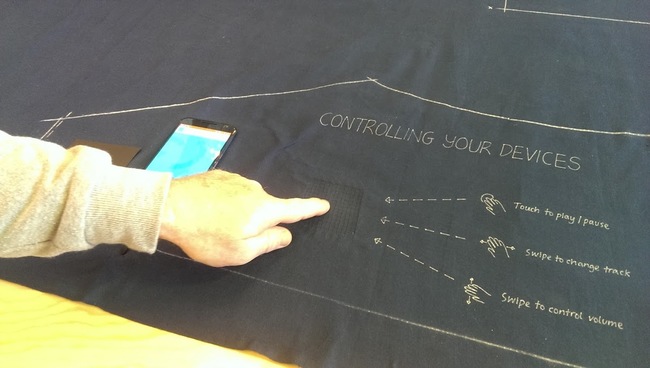 The one recorded presentation I am sad to have missed in person was the Project ATAP demos. They are doing some absolutely insane things that I can’t wait to see in consumers’ hands in the next few years. I’m pretty sure that it must have felt like this to be presenting the amazing radar-based gesture controls for electronic devices on stage.

I was able to play with the Project ATAP conductive fabric at their booth, and it was just like using a smartphone except on jeans. I also watched people demo out the augmented reality project Tango using Nerf guns, but I couldn’t make the time to wait in line to do it myself. All of these things seemed so futuristic, but it doesn’t seem like it is that far off.

Bringing it all back home

Now that I am back in Cincinnati, I have felt really energized about all things programming. I have a lot more things to learn from recordings and code labs. I also hope to share my excitement and the things I learned with my coworkers and the local Meetup groups. If you ever get the chance to go to Google I/O, make sure you take it. It has been a life-changing experience for me.